Did you have a good Christmas?

We had a very laid back – enjoy yourself – don’t worry about anything day.

The son-in-law made a trip to Starbucks to start the morning … (No, I don’t do coffee, but I do hot chocolate.) Good start.

Here’s Jake getting in on the fun. 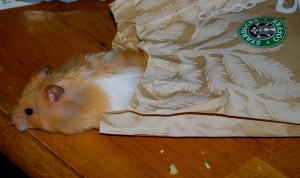 Kids opened their stockings and then we waited around for my mom and my niece to show up which they did.  We opened presents, ate and then watched Miracle on 34th Street. (Had some interesting theological issues.)  For some reason this picture of the 7yo just summed up the contentment of a child who has had a good Christmas. (For the record, she did not get both dolls this Christmas.  She has had one of them since her 6th birthday.) 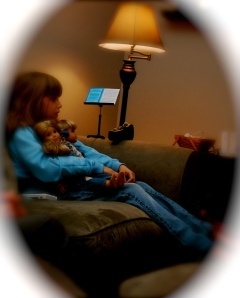 One of the 10yos wishes  was a grown-up Monopoly game – and that wish was granted by her great grandmother. So to cap off the day I challenged her (and the 7yo). She went from being totally oblivious as to what was happening – to playing with a killer instinct.  She is a formidable Monopoly opponent.

So a Merry Christmas was had by all.

And now it is the day after Christmas and mostly today I have shoveled. I went out this morning thinking I would get a head start on the two or three inches we were supposed to get.

Well, eight hours and 12 inches later, it is still coming down and I have shoveled three more times.  At least it’s light and it is pretty and I don’t have to go anywhere.  So … 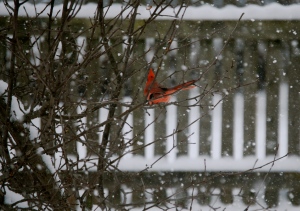 2 thoughts on “MERRY DAY AFTER CHRISTMAS”