So, last Friday, Sue and I (and my croaky voice) headed north. (Gotta love Sue who is a great road trip friend and kept reminding me to drink my tea all weekend.)

I knew the trip would be pretty with the changing leaves – but I also thought it might be fun to eat somewhere different for lunch. So I did some checking on the Web and found a place just off the highway that had 84 good reviews.

When we got there, we discovered it was a vegetarian restaurant which is not what we were looking for, but we’re both ok with the occasional omelette or 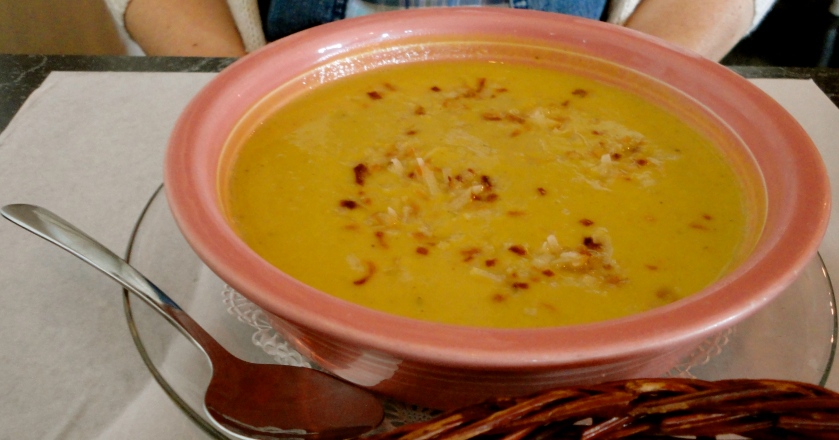 crepe, so we stuck it out.

Sue had the soup of the day which was (yes, truly) cauliflower, coconut and sweet potato. She offered me a spoonful and it actually wasn’t that bad. I don’t know that I could have eaten a cup of it – but maybe a half cup.

I had the American omelette and it was one of the first things I’ve had the past three weeks, that I’ve honestly 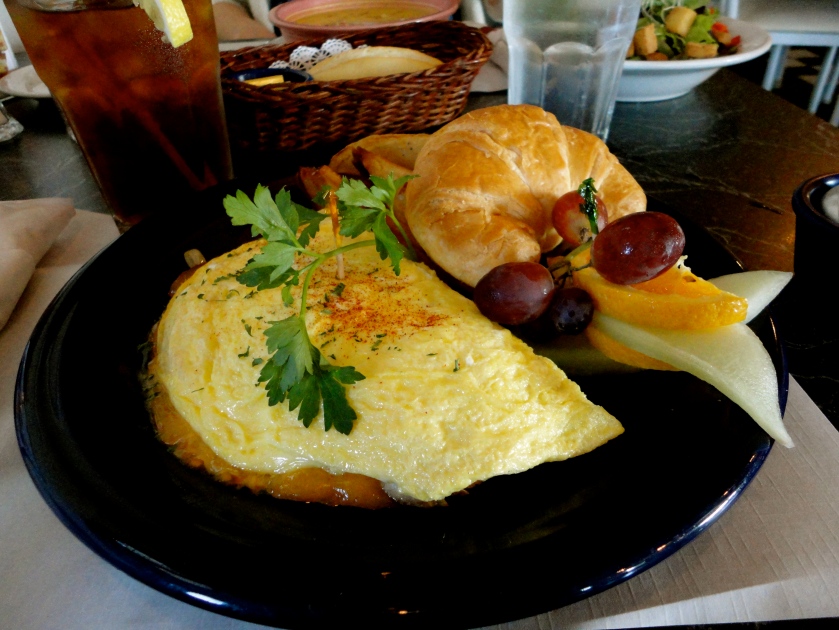 liked, so not complaining. 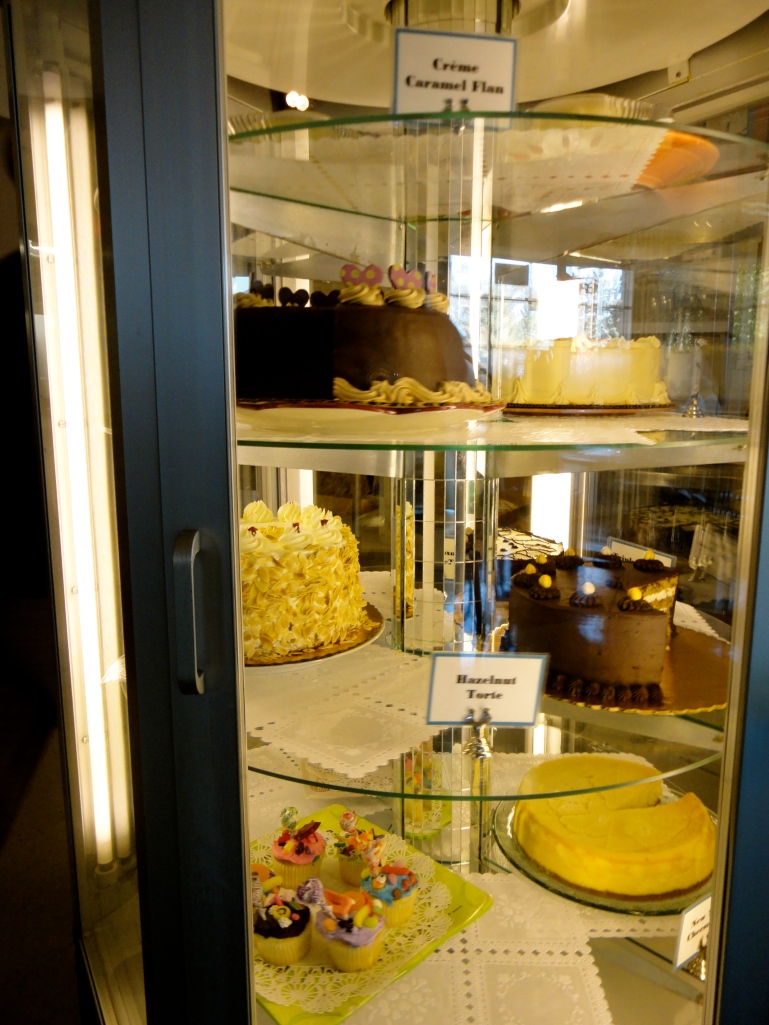 They had a dessert cabinet which slowly turned so you could see the delicious-looking desserts – but they offered to stop it for me so I could take a picture. We bought one cupcake to eat later.

The place also had a lot of literature about coming together as one religion and they even gave you a prayer to pray.

Ok. The omelette was good.