Today I planned to meet up with P., a friend from church who is a high school teacher. Since I’ve been writing for teens ever since I was a teen – I have spent my life in teen research mode and P. and I had recently started a conversation that I wanted to finish and write up for our teen leader magazine.

So when I asked P. if we could get together and chat – she suggested we find a greasy hole-in-the-wall that we wouldn’t ordinarily try. I thought that was funny. She didn’t even know about my penchant for trying new and indigenous restaurants.

This is the last paragraph of a very long review that someone had written on the web – a review that was all complaints, except for the sentence were the reviewer said “I don’t like to complain too much.”

Overall, I probably wouldn’t go out of my way to go here again. There are other places to get good food around here. Unless you’re heading southbound on __ and you plan to keep going that direction, and you really want a smelly diner full of old farmers and scowling medical staff with only one waitress and presumably one cook to whip up a pretty delicious omelet and some bland gravy to smother over delicious biscuits, then I probably wouldn’t suggest this place. Maybe once just to check it out, but that’s about it.

Let’s just say we knew what we were getting in to.

Funny – when we walked in the door – there was only one table full  – of farmers – or at least they looked as if they could’ve been farmers, but I’m OK with farmers. I’ve had good friends who were farmers. The second thing we noticed was the lack of ventilation – it was hot and the air was just sitting there. (However, by the time we left, quite awhile later – the air conditioning was on.)

And there was one waitress and one cook – a very, very shy young girl and a lady who sat at the counter and read a book when she wasn’t cooking – although when she came to check on us, she was quite friendly.

But we had a great conversation about high schoolers and the experience was unique.

Isn’t that what trying something new is all about?

Cause, seriously, if you go the same place all the time and don’t try new things,  you are missing some great adventures.

And with that – here’s some final curb appeal … 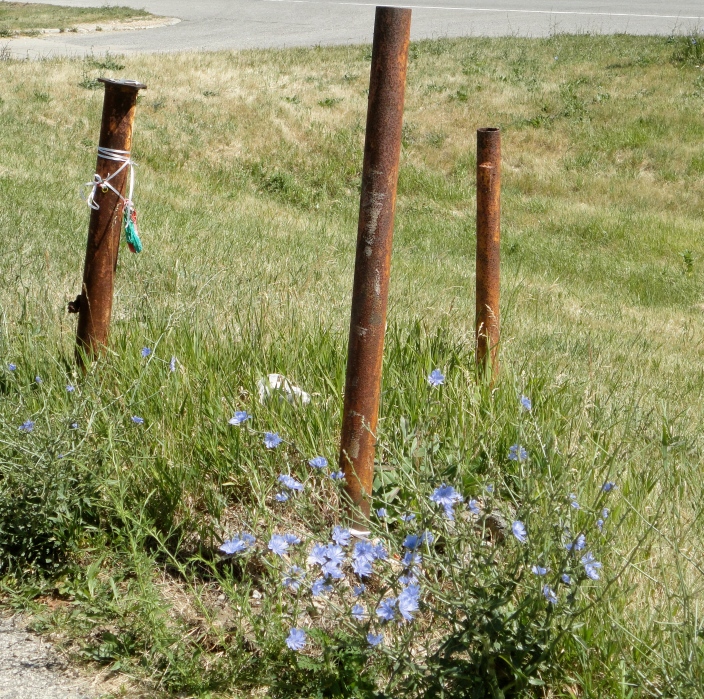