On the morning of April 9, 1865, General Robert E. Lee realized that he had a problem. His army could go no further.

Meanwhile, a short distance away, General Grant was riding toward Appomattox Court House where his men had stopped the onslaught of Confederate soldiers. So, Lee (not having a smart phone) sent a letter asking General Grant if they could meet and discuss the surrender of his army.

Grant had a horrible headache that morning, but later said that once he read Lee’s letter, the headache instantly went away. He wrote back to Lee promising he would do what he could to get to the front of his lines to meet with him. But he said that Lee could choose the place.

Lee’s aides rode back to find Lee and deliver Grant’s reply. Lee was sitting under an apple tree next to the Appomattox River. Together, Lee and his aides rode further to find a good place for a meeting … and came upon the sleepy little village of Appomattox Court House then known as Clover Hill.  The village didn’t consist of much more than a few houses and businesses around the tavern.

But in that sleepy little village history was made.

Here is the old courthouse. 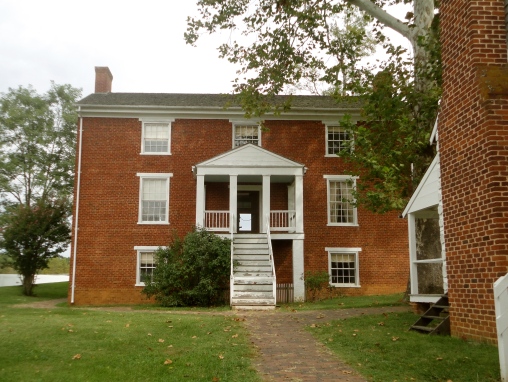