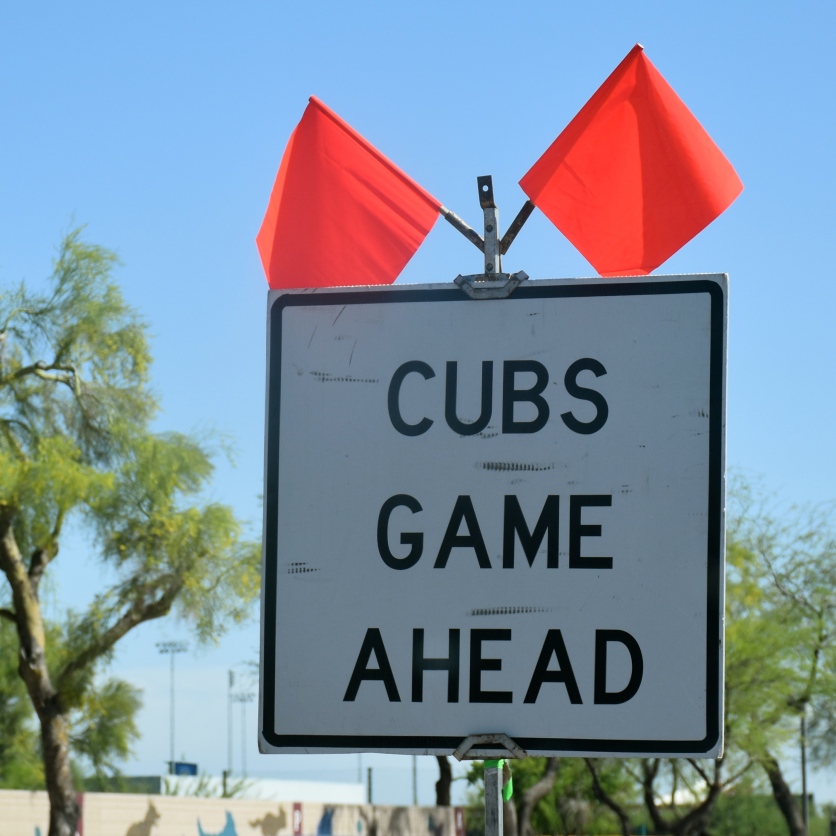 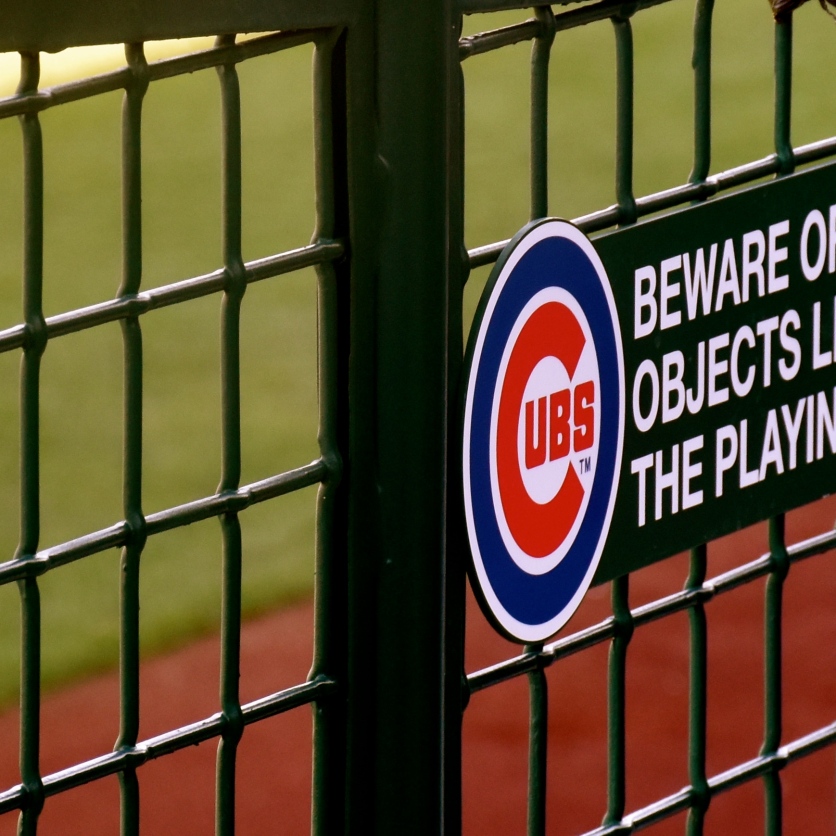 The flag was at half-staff because of Nancy Reagan. 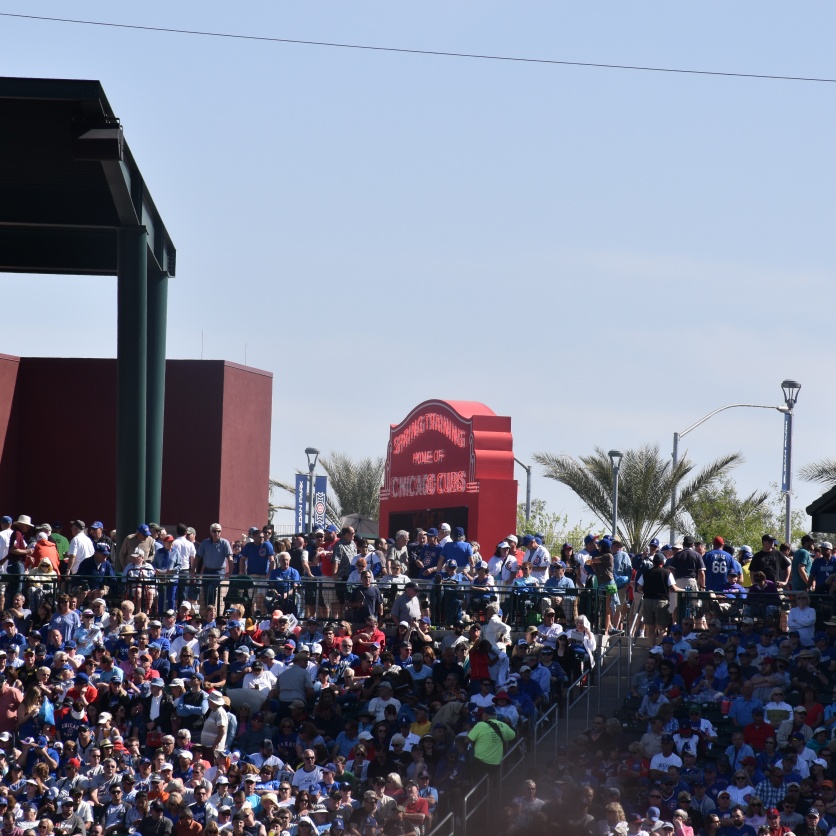 Cutest mascot with the cutest expression ever 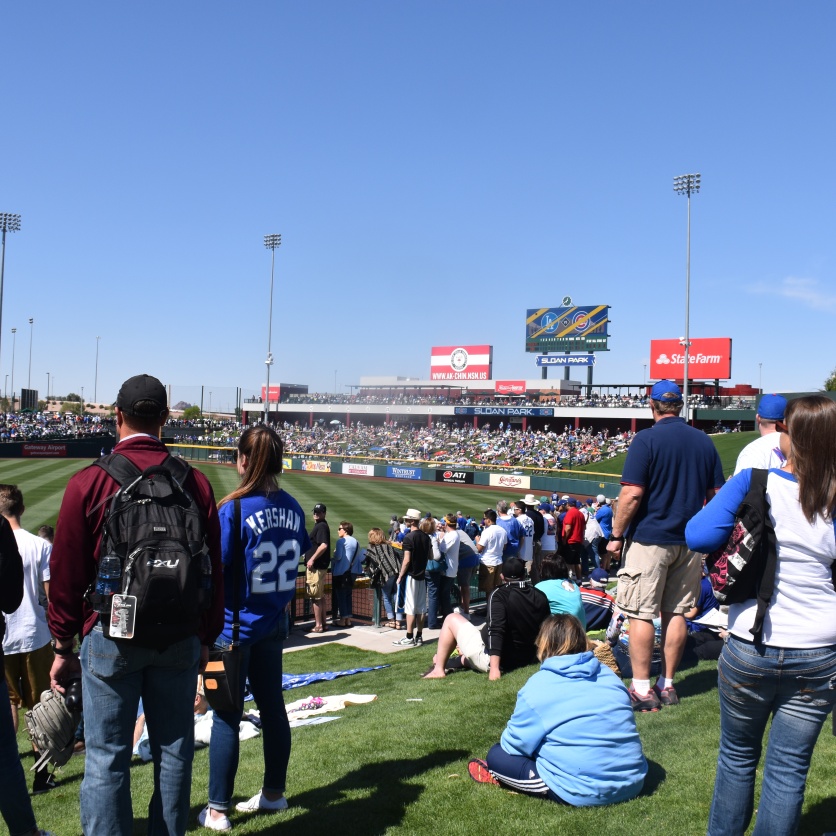 I don’t really have a bucket list, but if I did, going to a Cubs spring training game would’ve been on it. However, I’ve only been in Arizona maybe four times in my life and none of those have been during spring training.

Until this year … We didn’t go out of our way to work it out, but our visits at the Phoenix churches just happened to be during the same time as spring training. We had a church visit in the morning and another one at night – but were able to get to Mesa for the game.

A thanks to Cindy because although she is a big A’s fan, she made the sacrifice to go with me.

Sloan field (named so romantically after the Sloan Valve Company) is the largest of all the Cactus League parks with seating for approximately 15,000. The day we were there, the attendance was 15,300. Tickets for the Cub games are also the most difficult to get – so you need to order them early.

The park is has a touch of Wrigley Field in its designe, which is very cool (although instead of rooftop seating, Sloan has grass sitting.) We bypassed the grass and sat along overlooking left field – right at the fence. The players are not accessible – though I guess if you know exactly where to stand when, you can get autographs – but you’re talking a fairly major park here.

The announcer welcomed us:

But the day was baseball-playing perfect!

Cubs loss, but even that was ok. The game didn’t count and it was all rather glorious. 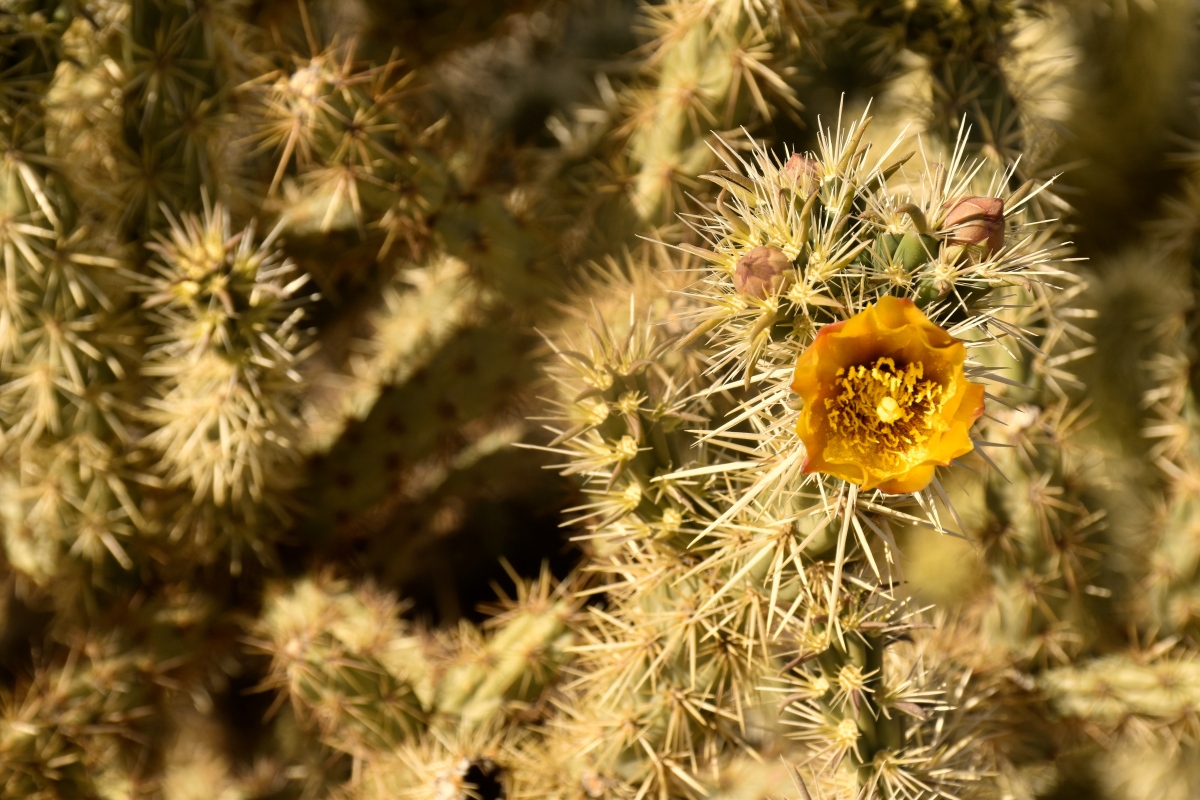 I don’t usually have the opportunity to hike through a desert, but that sunny afternoon in early March was absolutely perfect desert-hiking weather.

We headed to the outskirts of Phoenix to the Sonoran Desert Preserve. We didn’t have a lot of time, but time enough to wander up the hillside through the blooming brittlebush and saguaro. Each cactus seemed to have a different personality as they stood guard over the park.

Cindy’s favorite were the cholla cactus (also known as the teddy bear). Their spikes glistened in the afternoon sun, illuminating them against the royal blue sky.

The first thing we saw as we started up the path was a lady on a horse, adding to the old west panorama (though I don’t think old west cowboys/girls wore helmets.)

I am intrigued at all the different landscapes – even in our own country.  Each has a different type of beauty and is breathtaking in its own way. I think that’s why I love to travel so much – to think God created this all for us to enjoy.

The heavens declare the glory of God; and the firmament shows His handiwork. (Psalm 19:1) 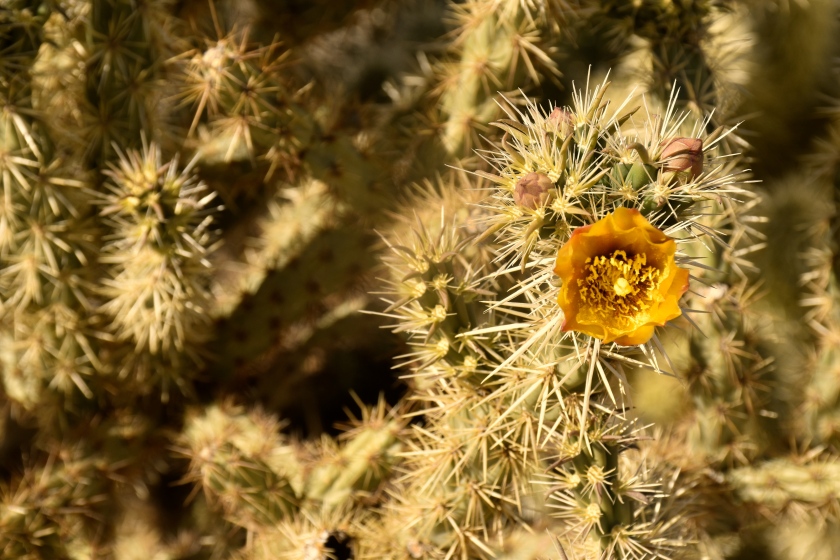 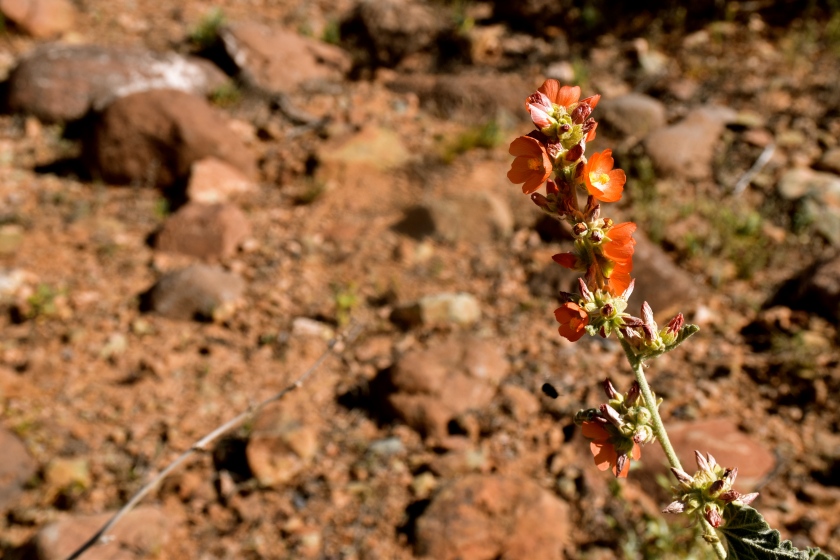 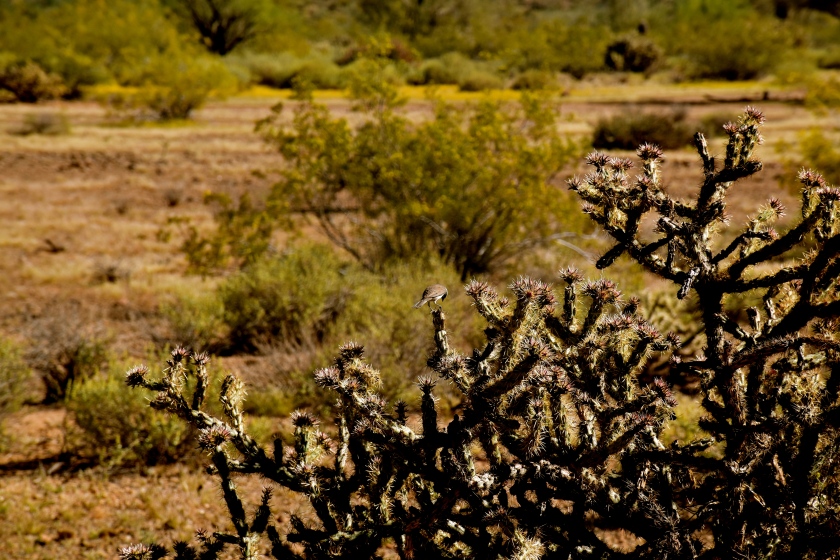