We were in the very western-looking town of  Wilcox, Arizona (home of cowboy Rex Allen).

After walking around some (as cold as it was in the Grand Canyon – it was now hot in Wilcox. I like the cold.)

That night we were visiting a couple Awana clubs, so needed to find a place to eat supper.

Right down town was a an old Dining Car  – called The Dining Car from 1929. We decided to try it.

The inside was fun – but the big-screened TV at the end of the tables sort of took away from the old, western Dining Car atmosphere.

Because we had a big lunch we weren’t very hungry so decided to get salads and split an appetizer. I saw they had corn nuggets. Now, somewhere in my history I think I have had corn nuggets (little fried nuggets with cream corn inside), but it was far away in my memory so I decided it counted 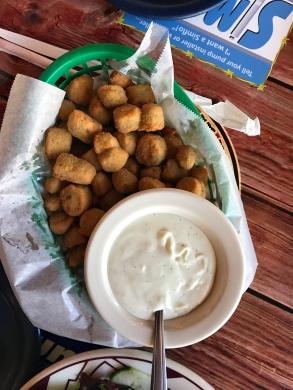 as a new food.

Cindy was ok with that, so that’s what we ordered to split.

Cindy ate a couple and also got a puzzled look on her face.

And the corn nuggets were green – we were expecting them to be yellow!

Turns out we were eating fried okra – and there wasn’t a corn nugget in sight.

We told our server who apologized and soon brought us a fresh basket of food (leaving us the okra, too.)

And they were very good. 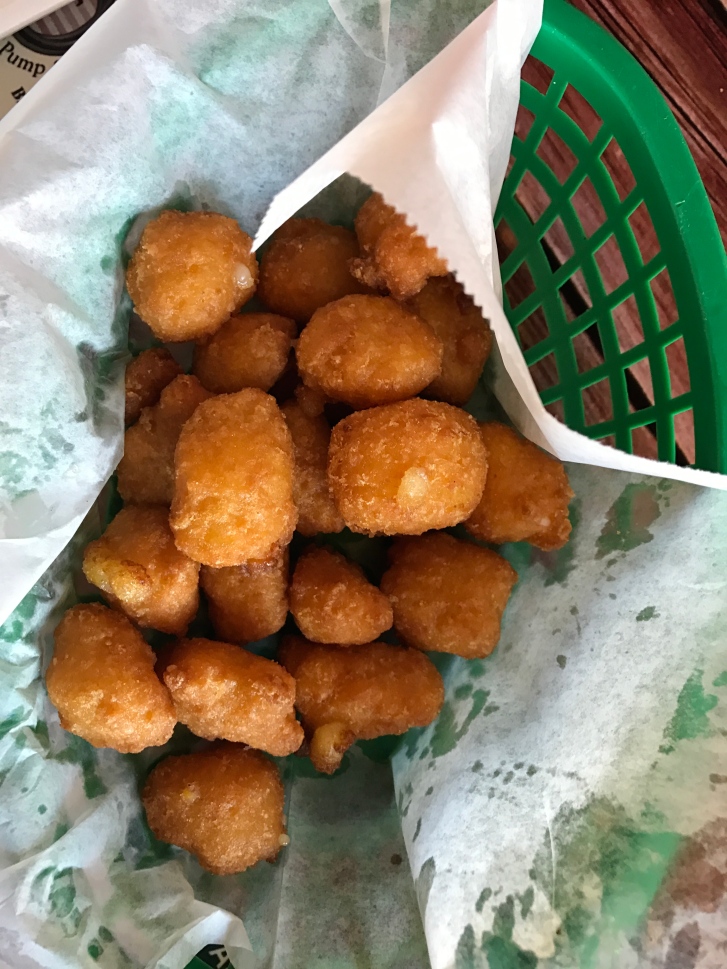