We didn’t see any rattlesnakes as we were wandering through the park, but we did see a mule deer, and a mountain bluebird and a spotted towhee and a family of pigeons that lived inside one of the formations. We all laughed as we watched them crawl (wait, I don’t think pigeons crawl) out of the split in the rock – they just kept coming. 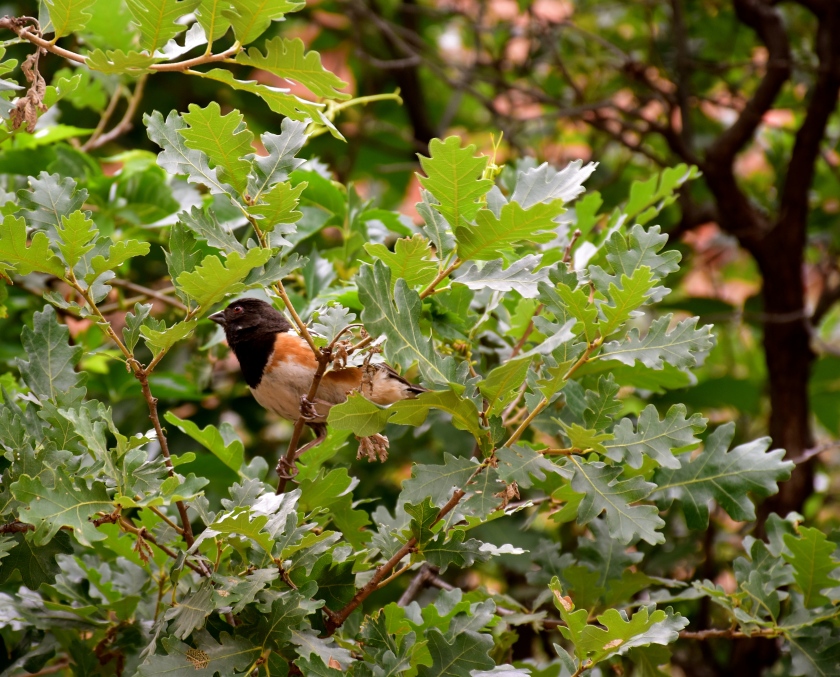 Anyhow, I think my favorite was the spotted towhee because as I was standing on the path taking pictures, a tiny little girl walked up and stood next to me. Quietly she watched me take pictures for awhile and then she turned to her father, “What’s she looking at, Dad?”

I told her there was a spotted towhee in the tree and her father lifted her up so she could see it. She reacted with quiet reverence. The dad then repeated the name to her and she giggled. Later the father asked me what another bird was  – a pigeon/rock dove. (I didn’t even have to ask my brother to identify that one.) I don’t think the man was from the U.S. or maybe he just hadn’t been around a lot of birds, but he was friendly and inquisitive and his daughter was cute as she hopped along next to me waiting to see what other pictures I would take.