Last October my friend Cindy and I headed up to Maine to do some in-depth exploring and to speak at a conference. We wanted to head up the East side of the state, but after you get so far, there aren’t many famous landmarks to visit.

But we were determined and wanted some fun on the journey. One of us (I truly can’t remember which one) found this solar system model. The catch was, it was to scale so you had to find the different planets over a distance of forty miles. We did have a map or sort of a map guiding us to the next planet and how far it would be … but some of them weren’t that easy to find … especially when they moved  from the hotel parking lot to the gas station next door. (Don’t remember reading about that in my science books.)

The first one is on displayed at the visitor center in Houlton – which is Pluto, which I know is no longer considered a planet, but so be it. 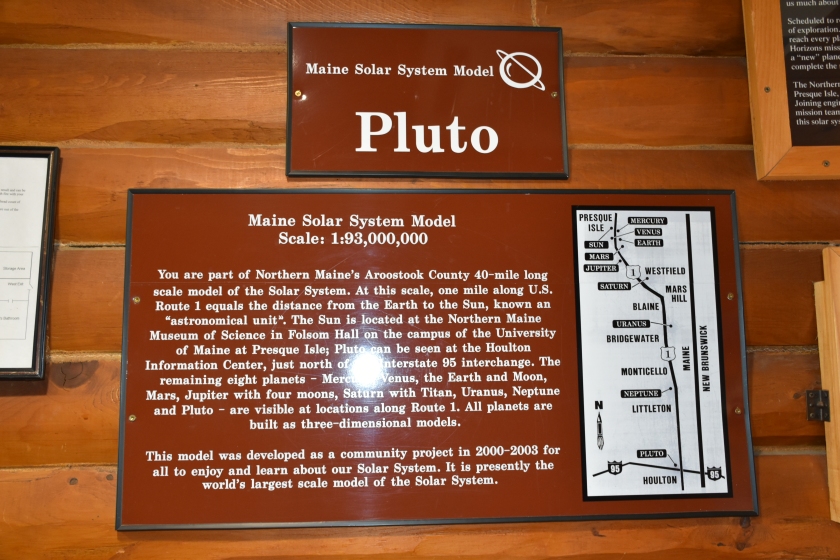 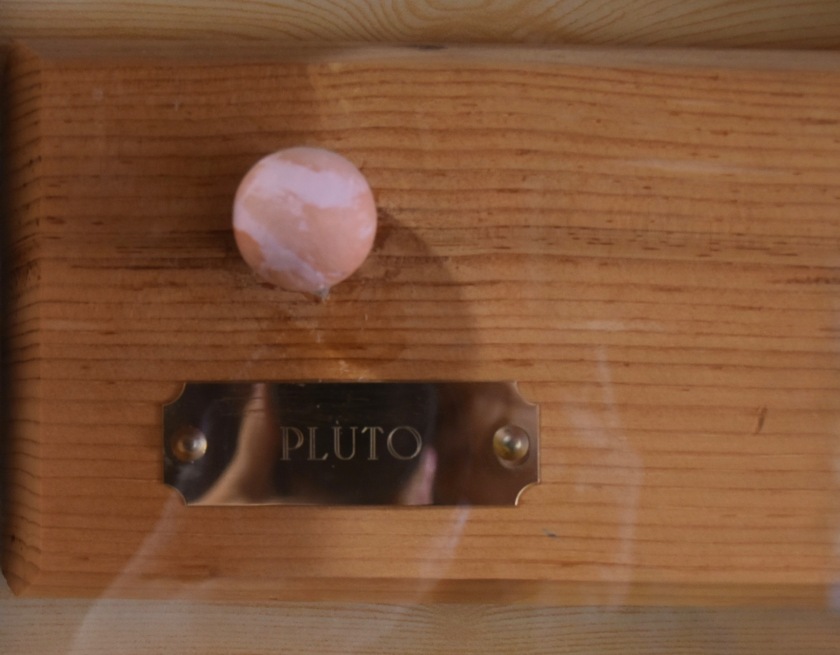 The picture isn’t good because this one is behind glass and indoors. But now the fun began 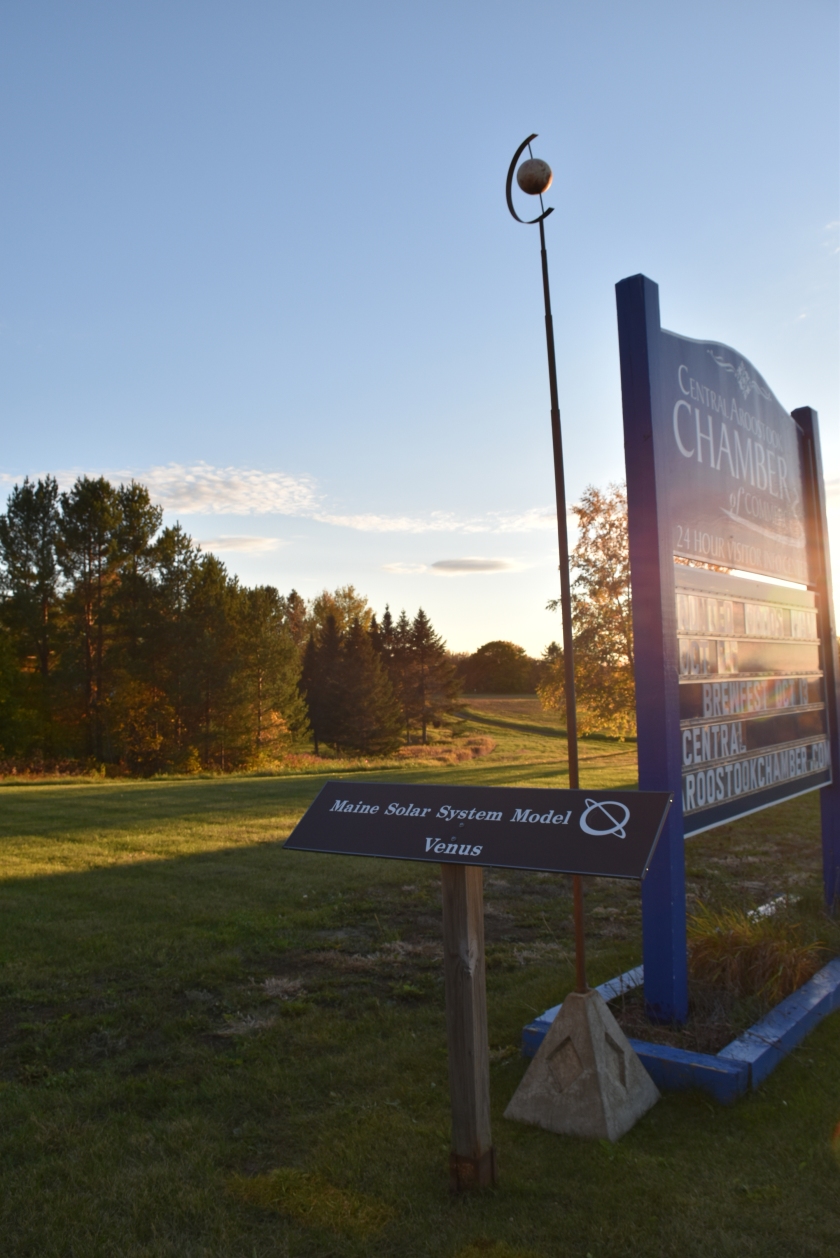 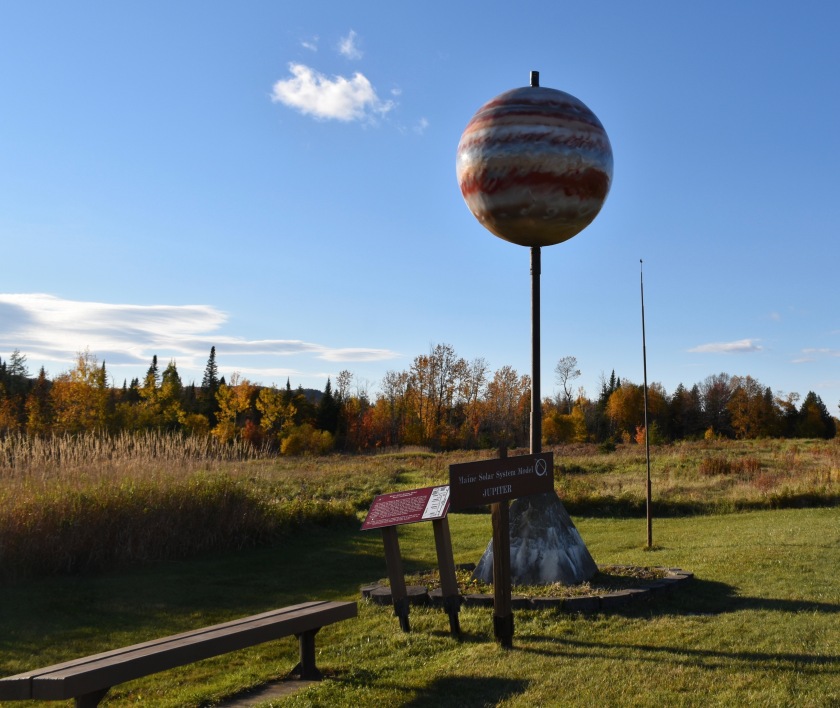 I think this was our favorite. 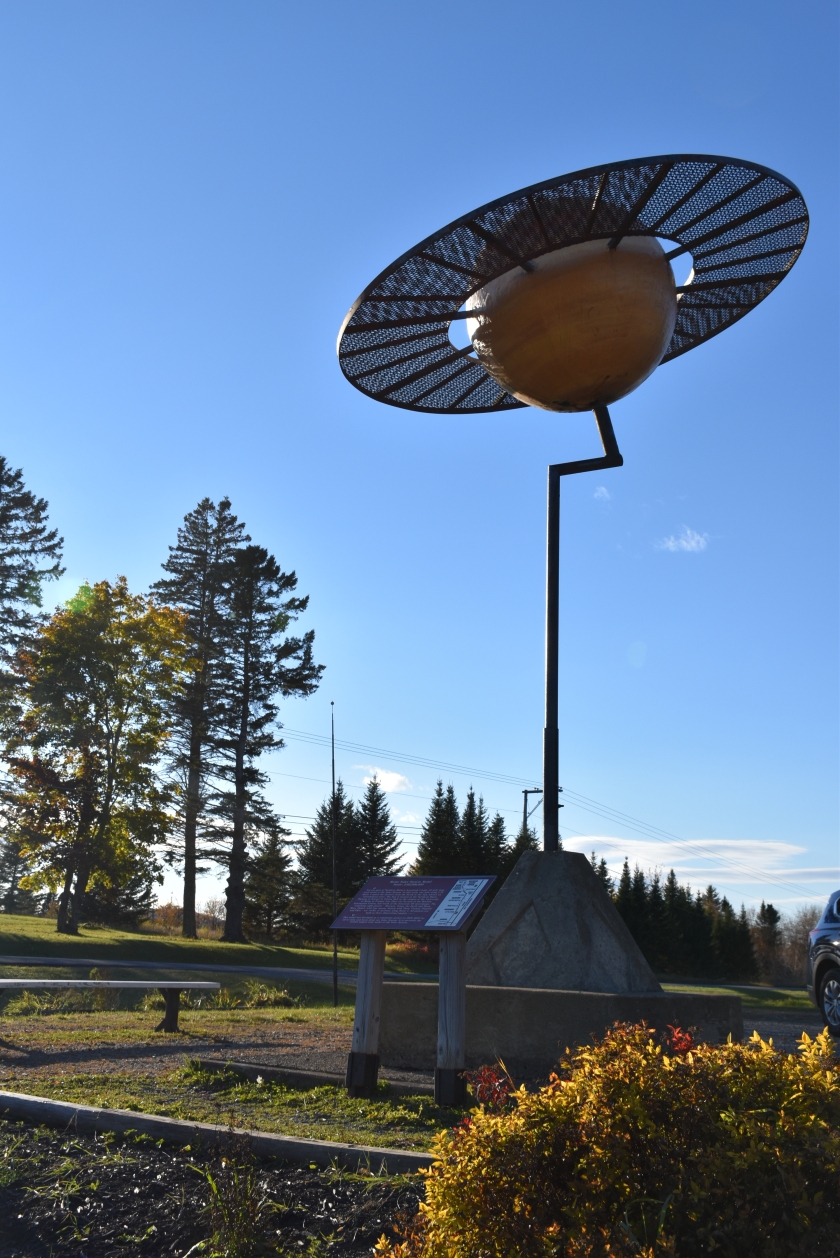 Saturn was also rather impressive. 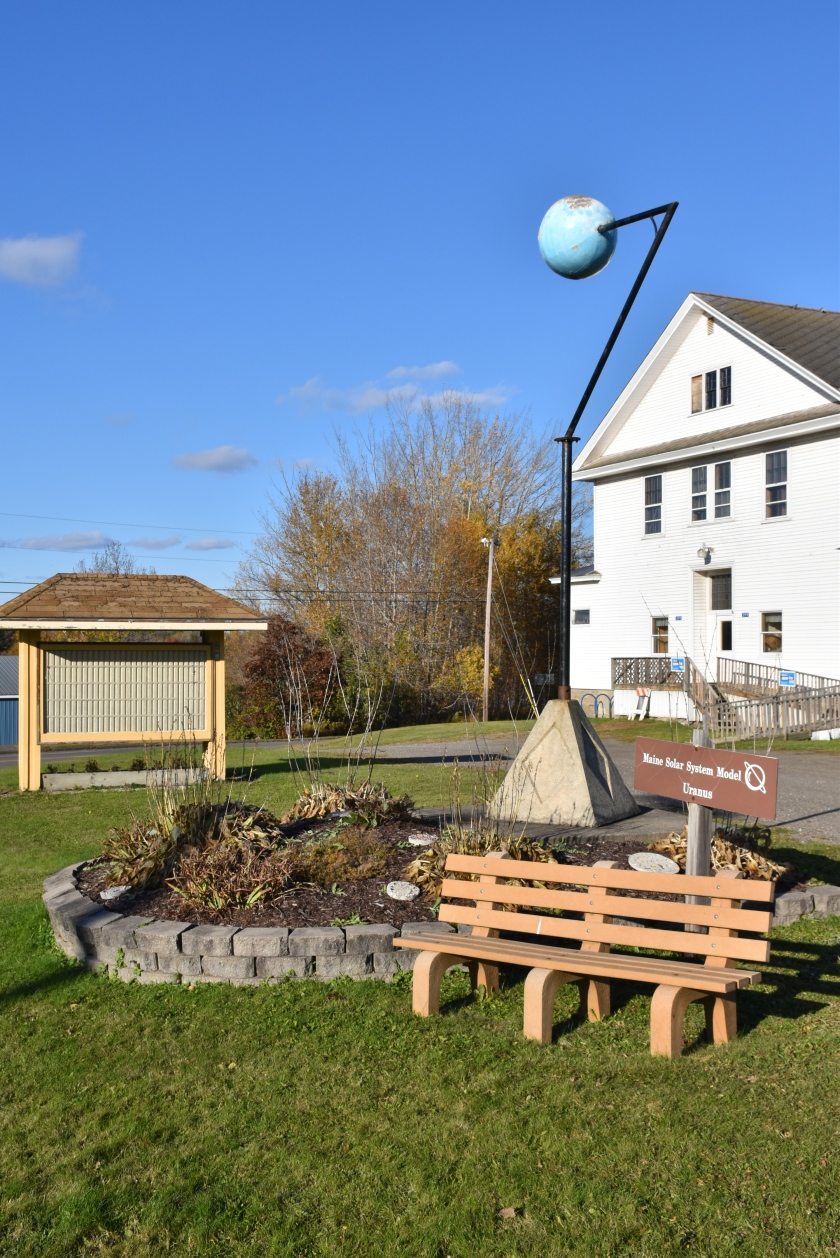 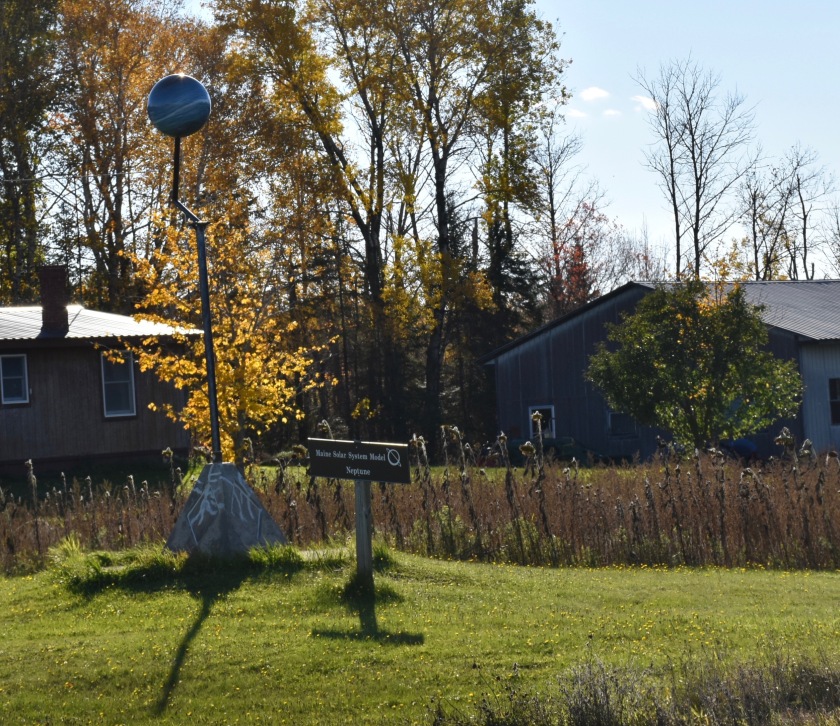 We knew our last find – the sun would be at the University of Maine, Presque Isle and truly expected to see something magnificent – since this was to scale. We walked around the building a few times, not thinking it would be open on a Sunday night.

But it was open and we walked in – no one was in sight – past classrooms and computers and trophy cases.

Where was this sun that HAD to be massive?

Well – not quite. Actually it was part of the railing – sort of anti-climatic.

But the evening was perfect weather-wise and we agreed we had never been on a planet hunt before.