One of my favorite places to visit in the Historic Jamestowne part of the settlement is the Glasshouse.

Back in 1607 when Jamestowne was first established, the Glasshouse was one of the first attempts to start an industry in the New World. Everything they needed: fuel, sand, etc. was there in abundance. They just needed people who knew how to actually make the glass.

Again in 1622, a Glasshouse was established, this time with Italian artisans. But again it failed.

Then in 1948, the furnaces were rediscovered. A new facility was constructed from the excavated ruins. Now, once again, glass is blown in Jamestowne by modern artists who make glass as they did almost 400 years ago.

Watching glassblowing has always, always fascinated me … as it did this time. 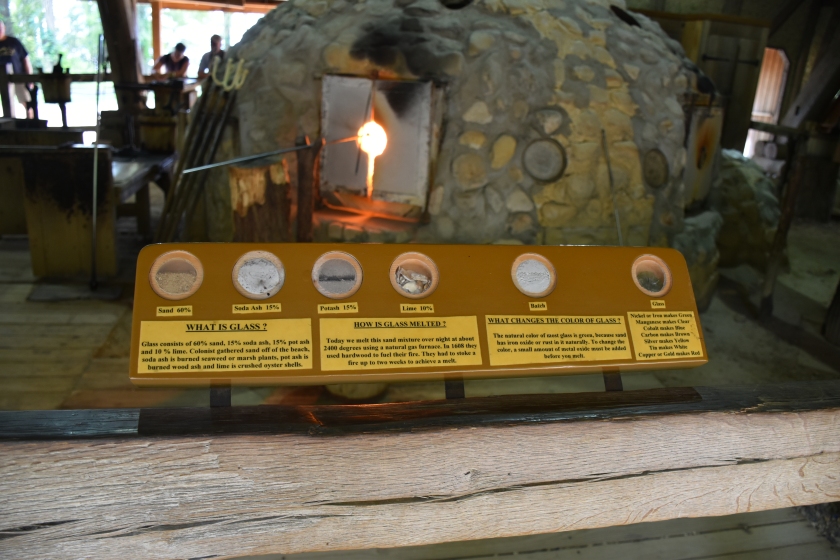 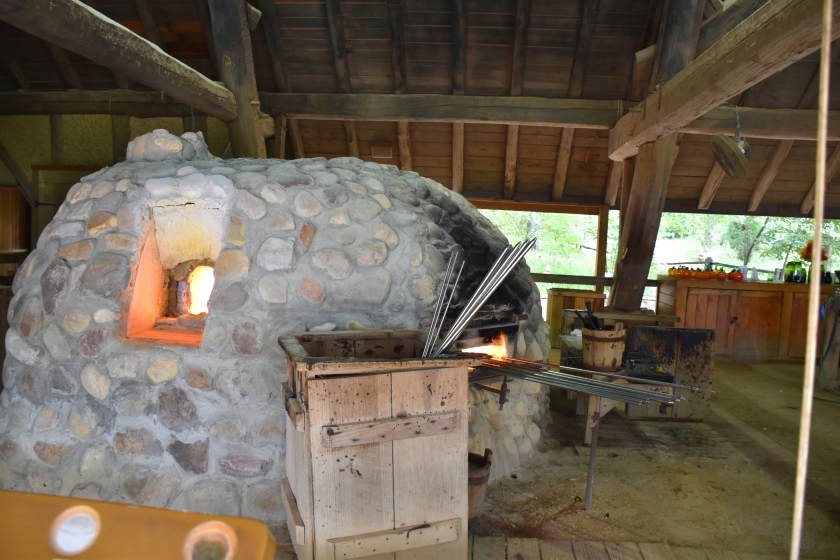 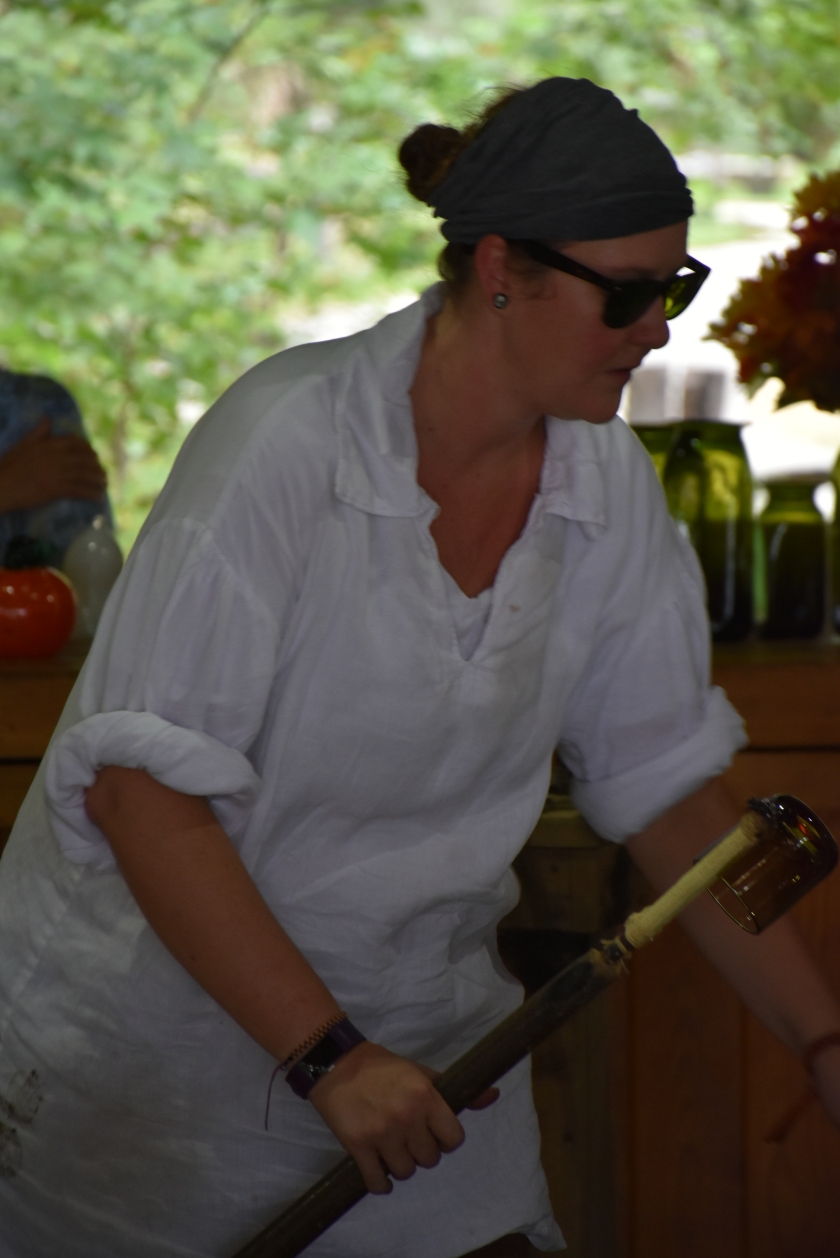 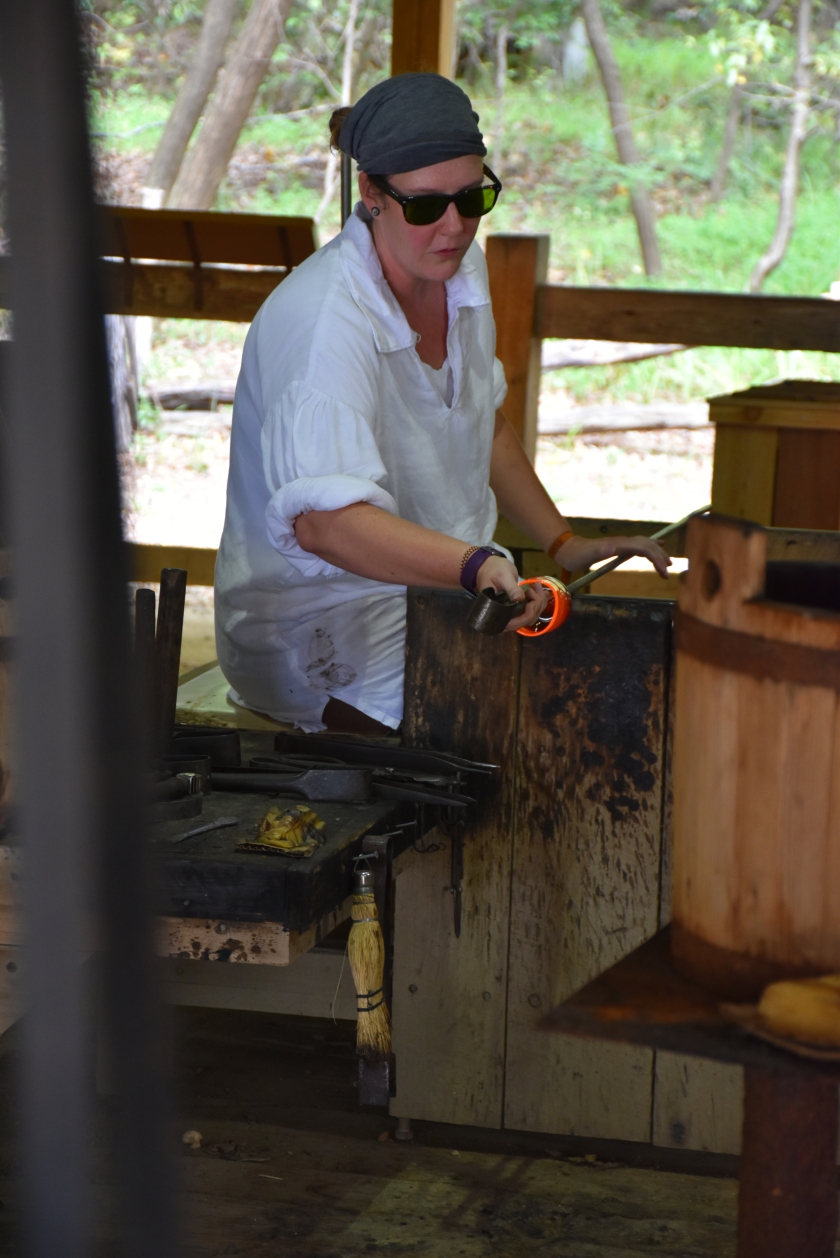 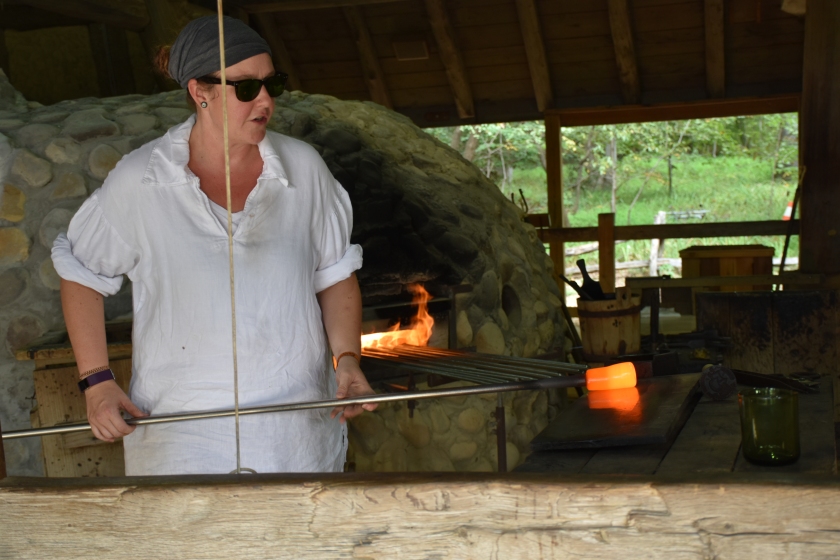 So one night while in the Northwoods, we drove to Rondele Ranch (pronounced Rondalay) because we heard they had a Christmas light display. Most of the seasonal event was over (the part with rides and cookies and such). But the lights were still up and the weather was crisp and cool … 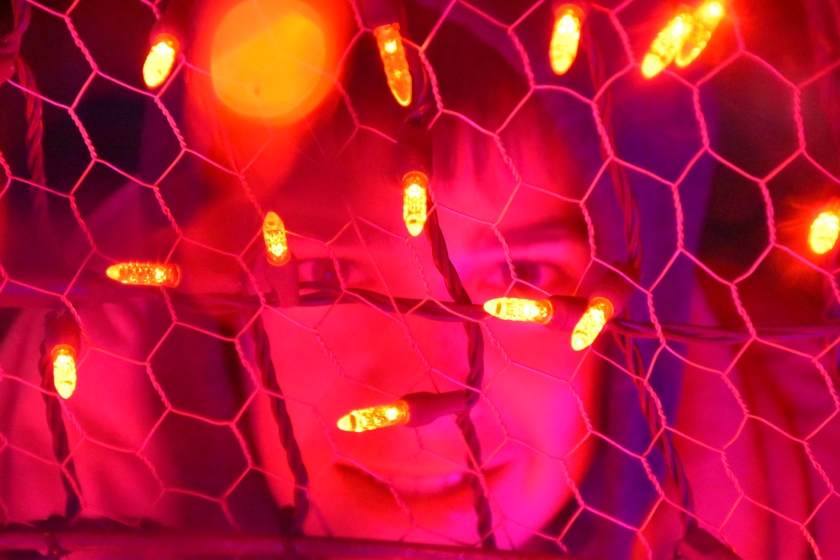