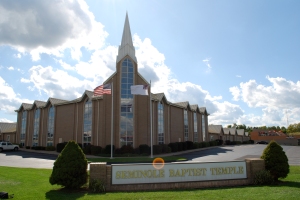 Another conference – this time in Springfield, Missouri.

I drove down with a friend from work (kind of nice not to be cramped in an airplane this time). The church was on a busy corner – great location.

Once again, I had the privilege of meeting a lot of great leaders.

On Friday night, we went to a Chinese restaurant which I forget the name of, but looked like this —

I didn’t get locked out on the balcony or have workshops in a rest room this time – in fact, nothing out of the ordinary happened.

We stayed down for an extra day and went to Silver Dollar City which is actually very pretty – especially decorated for fall.

Oh – I forgot something. Saturday night after getting back to our hotel room, we decided to go out again to find Andy’s Frozen Custard since my brother told me it was the best ice cream ever. When I put the address into my GPS – we discovered it was actually about a half mile away from the Comfort Inn where we were.  Roger was right – it was good. 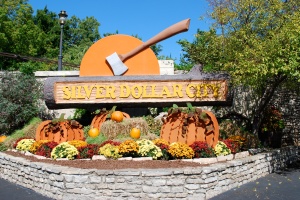 Anyhow, back at Silver Dollar City, I wanted to see one of the shows and my friend wanted to shop. The huge room where the show was located, was already crowded with people standing. So, I continued walking with my friend – but about three minutes before the show started I headed back to the place where it was held. I was squeezing between the people and I heard someone call my name. A couple that I knew had seats in the third row and called me over to sit with them!  So that was cool.