Almost halfway through the year and I’m on schedule for reading 100 books. 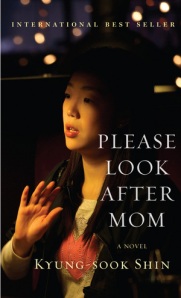 Here are some new recommendations.

44. Please Look After Mom by Kyung-Sook Shin – True, there is nothing new under the sun, but this book was indeed different from most I’ve read. Actually, I listened to this on CD and I’m glad I did – listening to it, rather than actually reading it gave me a good sense of the cadence in the writing which I think was due to the the book being translated from Korean.

This is a look at a family – a father and mother and three grown children – an older married daughter, a son and a younger, career-successful daughter. The father and mother have taken the train into Seoul, but somehow at the station, the father loses the mother. The book is the story of the family, told from each of their perspectives, as they look for the mom. As you 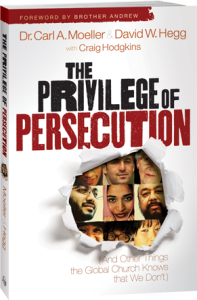 move through the book, you peel back layers of the family history and what brought them to this point.

The other plus to this book is the glimpse into Korean culture. If you want something unusual – here is your book.

46. The Privilege of Persecution by Dr. Carl A. Moeller and David W. Hegg. This is another freebie I found on my chair at the EPA conference and another thought-provoking book.

This is not a “feel-guilty-because-you-have-so-much” book but rather a look at the people of the persecuted church and their view of Christianity.  The authors take us through several areas of the church: prayer, worship, etc., and how those aspects are different for the persecuted than they are for us.

Again, this is another thought-provoking book. Fairly new and published by Moody, it is easy to find.

47. Heart of Memory by Alison Strobel. Alison is the daughter of Lee Strobel (author of the “Case for …” books.)

This is a fiction book about a couple who has started  a Christian ministry of speaking and writing. But then everything falls apart. Someone has embezzled money (I won’t tell you who) and someone else has a serious health need. (I won’t tell you who.)  Meanwhile the daughter, Jessie, feels neglected as her parents dedicate all their time to helping others. 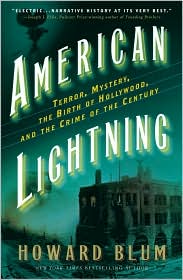 Howard Blum. Usually I like books like this – but I think listening to this on CD sort of spoiled it. The reader was slow and my mind would wander between his words.

Still, if you’re into history – you might enjoy this.

In 1911 the Los Angeles Times building was bombed, killing 21 people. Many more were wounded. This was actually part of a plan to bomb 100 American Cities by the Iron Workers Union leaders – the McNamaras. Called by many – the crime of the century.

Most of the book centered on Billy Burns, detective who figured out who “done it.”  Clarence Darrow was the defense attorney and was accused of bribing the jury.

So if you like history, read it – but don’t listen to it.