I was sad to leave Alaska.

But I didn’t come home.

Instead I flew more than a 1,000 miles straight south to Seattle where I had a short layover and then boarded another plane for another few hundred miles south to Oakland, California.

Where Cindy from California (CFC) picked me up and we headed even further south for a fun road trip.

So, about 1800 miles (more or less) south of where I had started early that morning, I was once again on an adventure.

That first night we simply found a place for supper (Applebees in Gilroy) and then got our motel room. (By the way, Gilroy is known for their garlic.) Which was all fine and good except for the icky red stuff on the door which looked astoundingly like blood.

We wanted to give them the benefit of the doubt and say it was paint, but unfortunately, nothing in the room was painted red, so that was rather difficult to believe.

Later I noticed there was more red stuff on the shower head which was kind of creepy because how do yo spill something on the bottom of a door and the top of a shower?

We were tired and the main room was clean, so we went to bed.  But when I got my obligatory survey, I did email a quite descriptive tale of the red stuff in the room. Never heard back.

We were on our way. 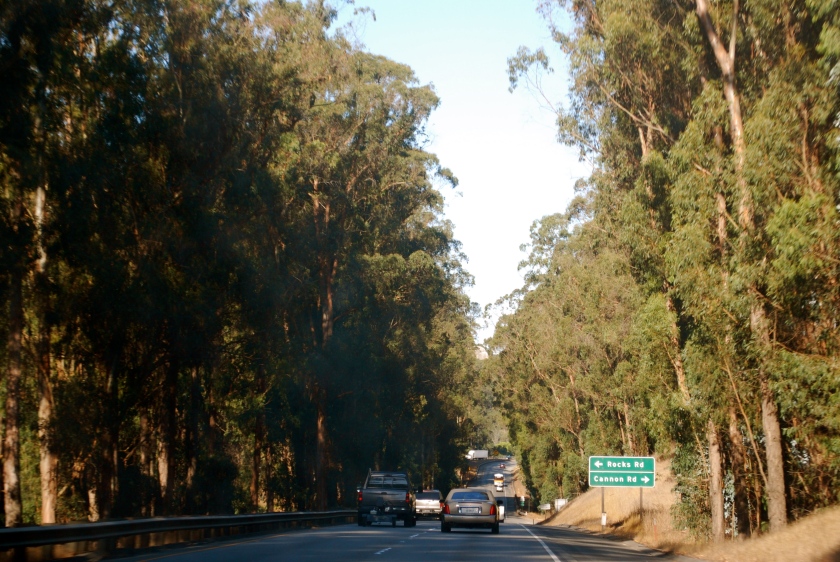