By this time we had been on our run-in-run-out-ten minute tour for more than a hour. After the farm exhibit was the Reagan sixth grade classroom, fixed up exactly like it would’ve been when Ronnie was a sixth grader. From there we went to the Reagan room that was all about his history with many certificates and memorabilia that he donated.

Our tour guide Bill was in his element – he knew Reagan and had spent five days with him in his Simi Valley house. He was very excited to tell us everything he knew.

Our run-in-run-out tour was now up to two hours – and we had learned a lot. 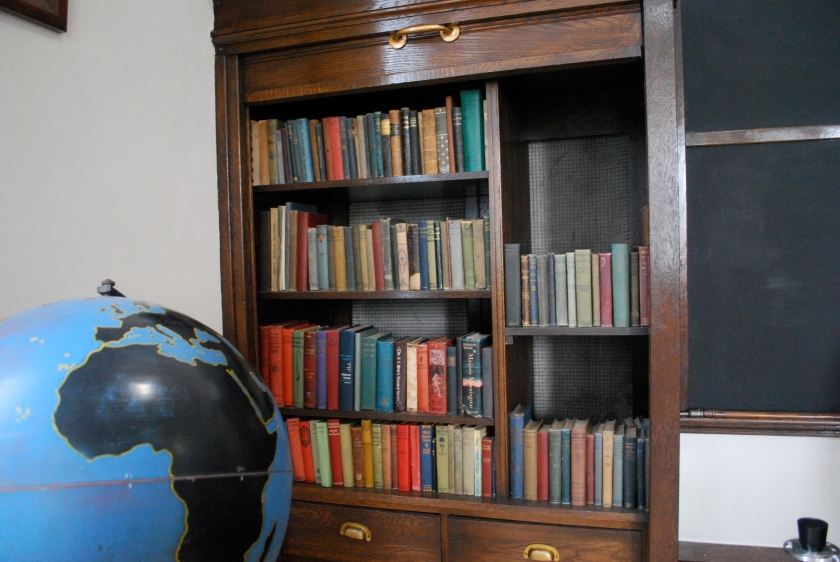