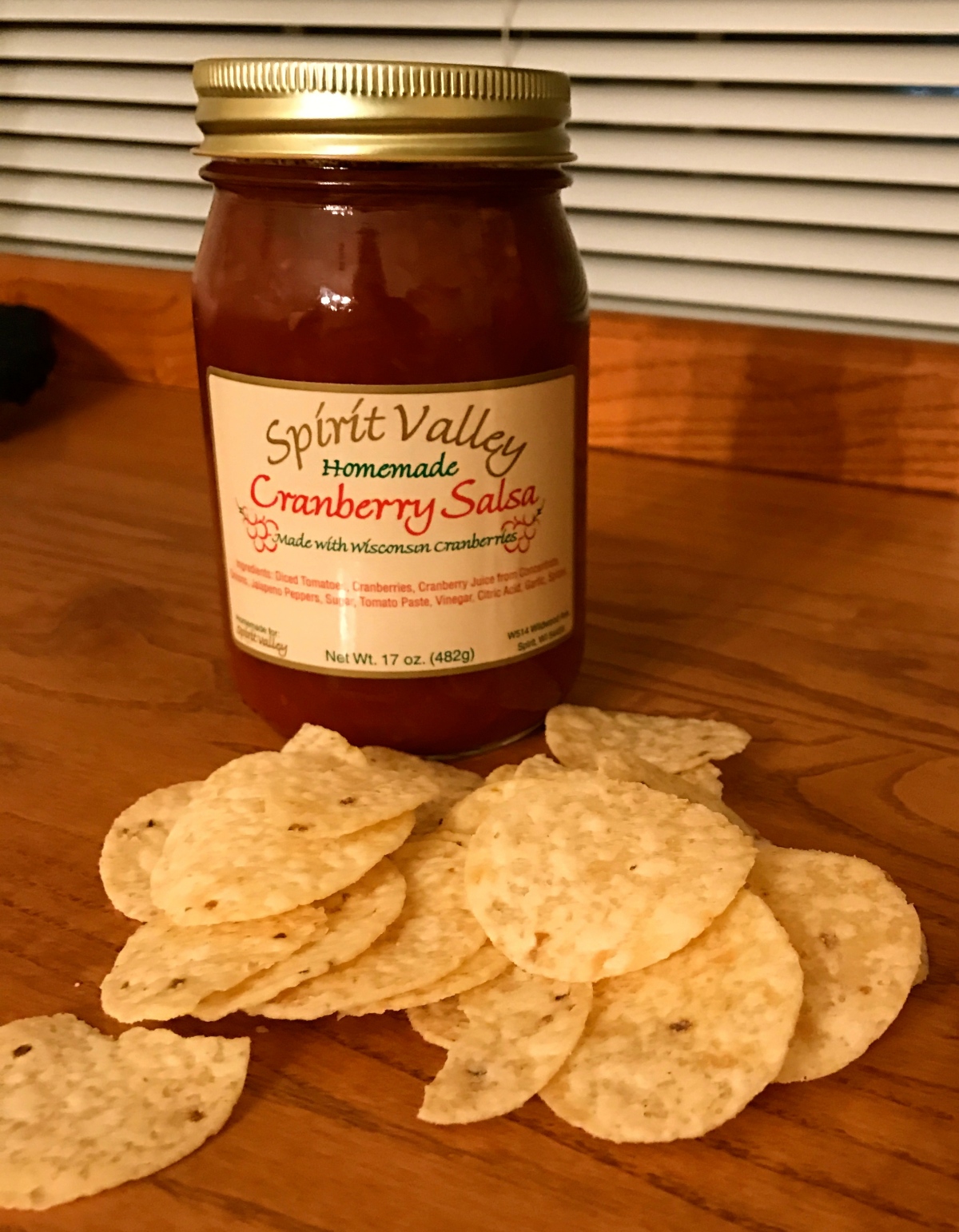 (I will not be linking to Facebook every time I eat a new food. If you’d like to keep up with what I’m eating and what I’m not eating, please subscribe to my blog.)

This week’s new food has a back story. Last Labor Day, my California friend, Cindy, spent a couple days with me with the goal of going to Wisconsin, but we didn’t have a lot of time.  So where in Wisconsin?

Always Racine and the lighthouse and the kringle and the lake … but I wanted somewhere different which would be new to both of us. That’s when I got the idea to head over to the cranberry fields of Warrens. Some quick research showed that we were close to the harvest, but would miss it by a couple weeks. (You know, when the bogs are flooded and all the berries float to the top and people do commercials standing up to their hips in berries.)

Still … it could be interesting.

So we headed for the Cranberry Discovery Center in Warrens.

The center has a small museum in the basement which talked about cranberry growing and harvesting. That’s where I learned that cranberries are named after sandhill cranes because the the blossom looks like the head of a crane. (Truly it does.)

Then we went upstairs and walked around the gift shop and had some cranberry ice cream (a first) and bought some cranberry salsa – which I’ll talk about in a few minutes.

We then asked the clerk if there was anywhere we could see cranberry bogs and she said “not really, they’re all behind fences.”

But we had come this far … so we decided to see what we could see. We drove down a road where we did see a bog behind a fence, but not to be deterred we drove for another half mile or so and ta da!  A bog without a fence. (If I remember correctly the bog belonged to Ocean Spray – also read that the latest Ocean Spray men-in-the-middle-of-the-field commercials were shot in Warrens.) Wisconsin is the biggest cranberry-producing state.

We got out of the car and walked over to the side of the road and got an up-close look at some almost ripe cranberries. (Yes, it would’ve been fun to see the fields covered, but the timing simply wasn’t right. Still this was fascinating.)

But back to the cranberry salsa. So, I had this salsa (it’s good until next fall), but hadn’t tried it. Ingredients consist of cranberries, tomatoes and jalapeño peppers (and other additions like sugar, etc.). This doesn’t sound like an appetizing combination, but the salsa is good. Definitely a strong salsa taste, but the cranberries make it sweet at the same time. Sort of like you’re eating regular salsa, but wait! What’s the fruity taste mixed in? 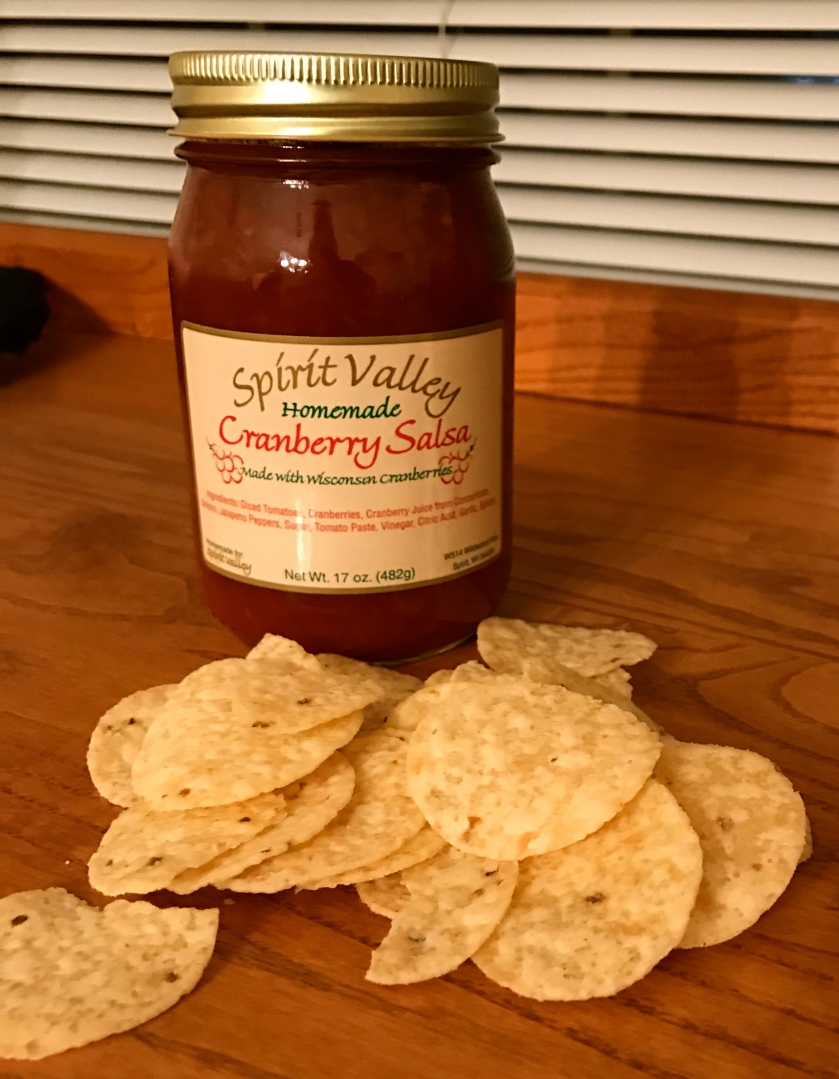