Wondering through the grocery store looking for my next never-bought-it-before-food, I found some little onions called cipollinis. (Pronounced chip-oh-LEE-nee). One of the advantages of a smart phone, is looking up a recipe while standing in the produce aisle. I quickly found a recipe for roasted cipollini that sounded interesting, so I bought five of them. Cipollini is actually the Italian word for onion.

These are small, flat onions with more sugar than garden variety onions. I took a picture of the onions with a puzzle piece to show how small they are. (Of course, you don’t know how big the puzzle piece is!)

To peel them, you can put them in boiling water, then drain and take off the top layer. 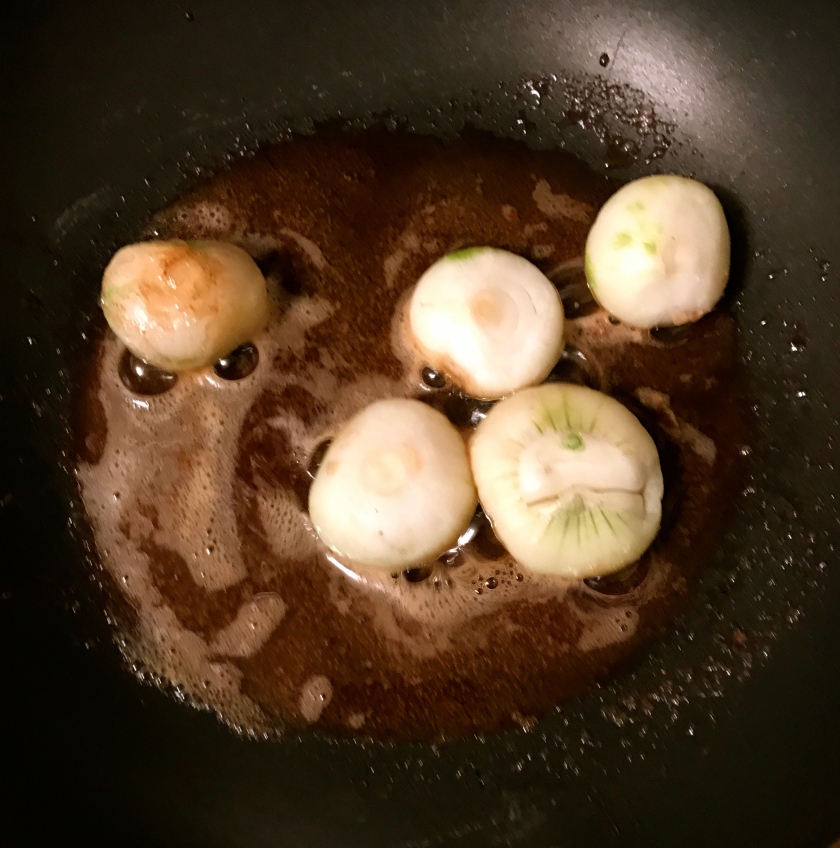 I found a recipe on the web where you brown them in a frying pan with butter, salt and pepper and then roast them in the oven for 30 minutes.

You eat them as a whole (not chopped and mixed in other foods as you might do to other types of onions although you probably could do that). I had them with a small steak and carrots (seemed like a good excuse to buy a steak). The reason one of them looks so much whiter than the others, is that that the grilled layer came off when I took it out of the pan, not because I did something different to it. (I’m obviously not a food network chef – just enjoying trying new tastes.)

Another use is in stews. I would give them a 3 out of 5 although I think I’ll change my rating scale to 1-10 – gives me more options. So I’ll give these a 6. They were good and I would eat them again, but probably wouldn’t rush out to buy some. Also, I think five onions was a good amount for one serving – especially since they were browned in butter. I think more than that would have been too much.