Ah, I planned this to be a great new food entry.

I found a recipe for guava cake that had fantastic reviews and sounded rather straightforward to make.

They do come in different colors (varieties – like apples) and are rich in Vitamin C and are also supposed to make your teeth whiter.

So I bought my guavas. 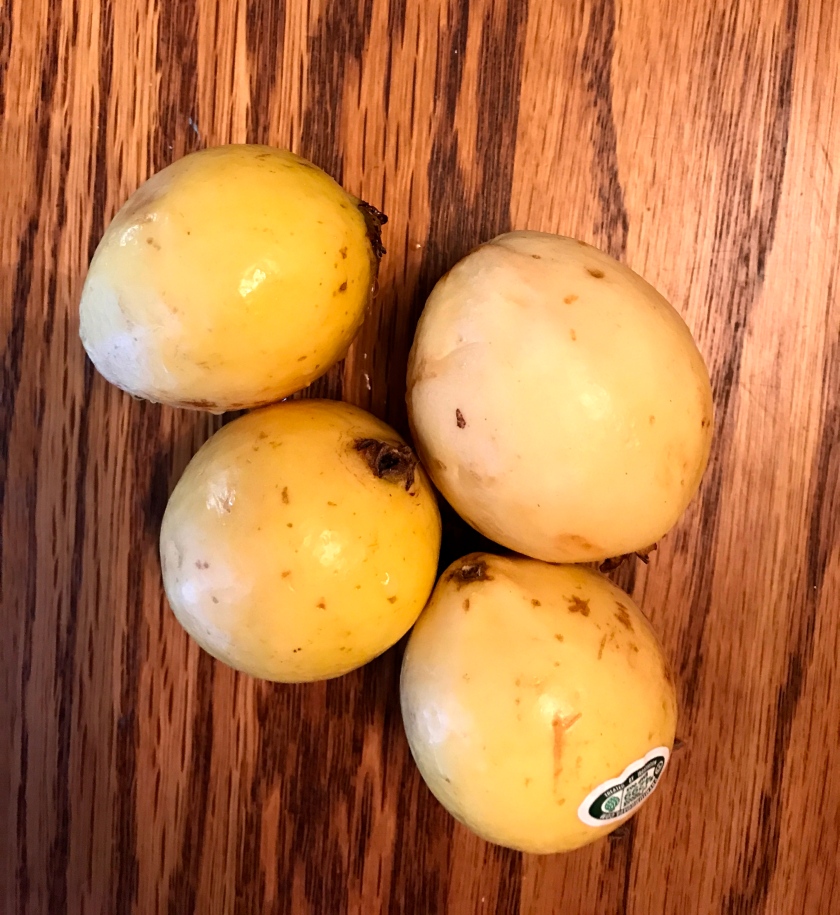 The cake called for guava puree, so I read up on making it and learned that you can eat guava seeds, so you don’t have to worry about removing them. Which I didn’t.

I think taking the seeds out would be extremely difficult. 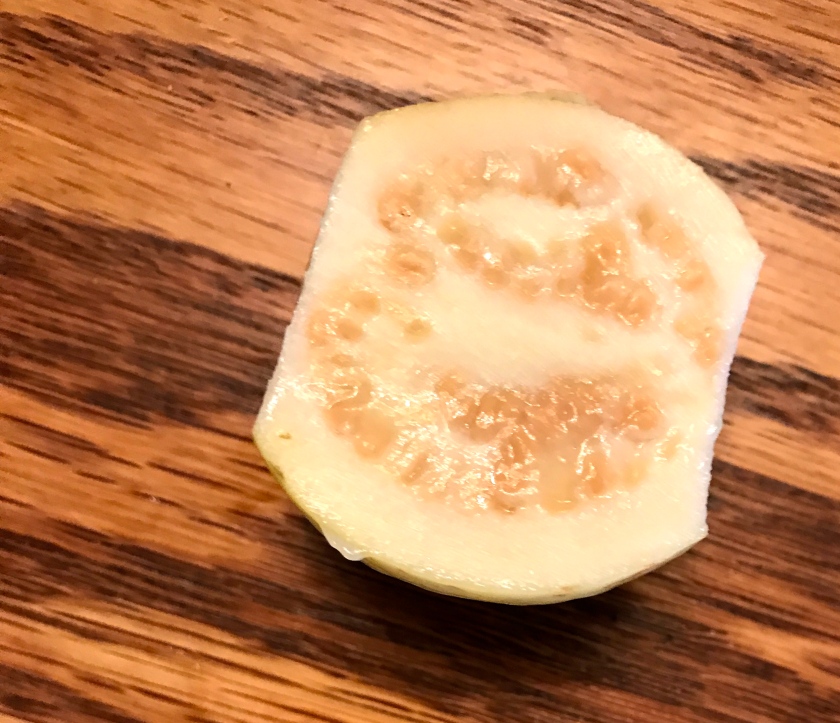 I made my cake. I baked my cake.

And then I took a bite and crunched down on something hard! At first I thought maybe it was an egg-shell, though I thought my eggs had broken fairly cleanly.

And I took another bite and crunched down on another something hard.

About then I realized I was crunching on the guava seeds. I went back to the web and read more about guavas and saw some sites where it said that the seeds are hard and you should just swallow them whole. Which makes sense if you’re taking a bit out of an actual guava because you can SEE where the seeds are. You can’t see the tiny seeds in a cake.

The flavor was good, but the seeds put me off and I decided this was not a cake I would share with anyone.

So, I don’t really feel like I can honestly rate it. Kitchen fail.