Signs along the highway told us we were nearing the “World’s Largest Czech Egg,” I didn’t know that was even a thing until we started seeing the signs. But we were willing to stop and see what it was all about. 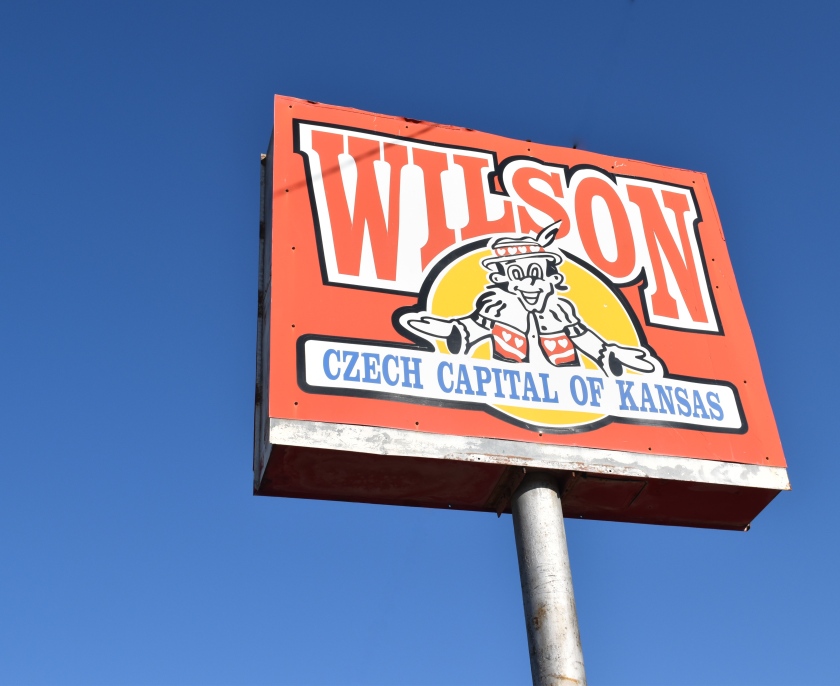 First of all, Wilson is the Czech capitol of Kansas.

The people wanted to do something to honor their heritage and also to encourage people to stop at their town – so they decided on “the world’s largest Czech egg.” Next challenge, however, was “who would build it?”. That took awhile as they searched for someone who could construct a 20 foot tall egg. They found a company who build fiberglass tanks for oil fields and the owners agreed to help out.

Meanwhile, a high school art teacher designed the egg in a “kraslice” pattern.  And the egg was born or hatched or something.

However, once again, we visited a town where we didn’t see anyone. Downtown shops seemed deserted except for random seating on the sidewalks in front of their stores. Hmmm. Puzzling.

Wait – I take that back – we did see other people  – another car of travelers stopped by to see the egg just as we were leaving.

Kind of fun. If you’re going by, stop – the egg is not difficult to find and is located in a small city park. 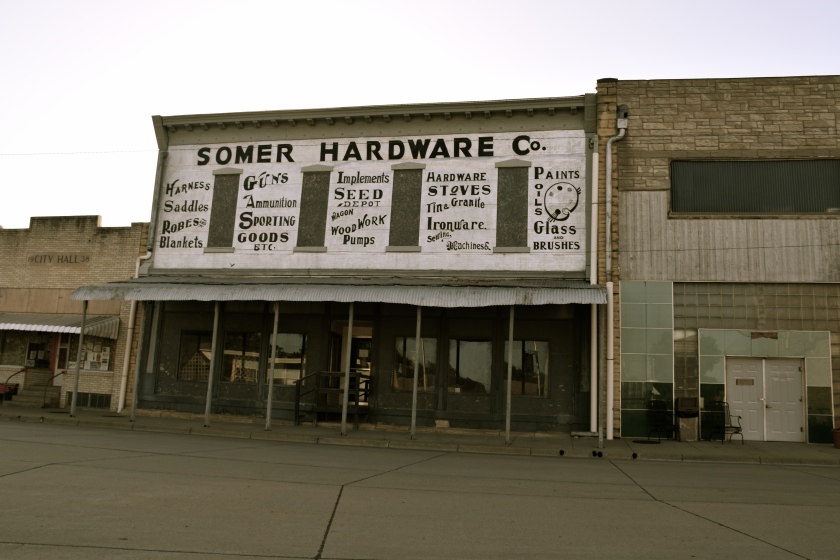 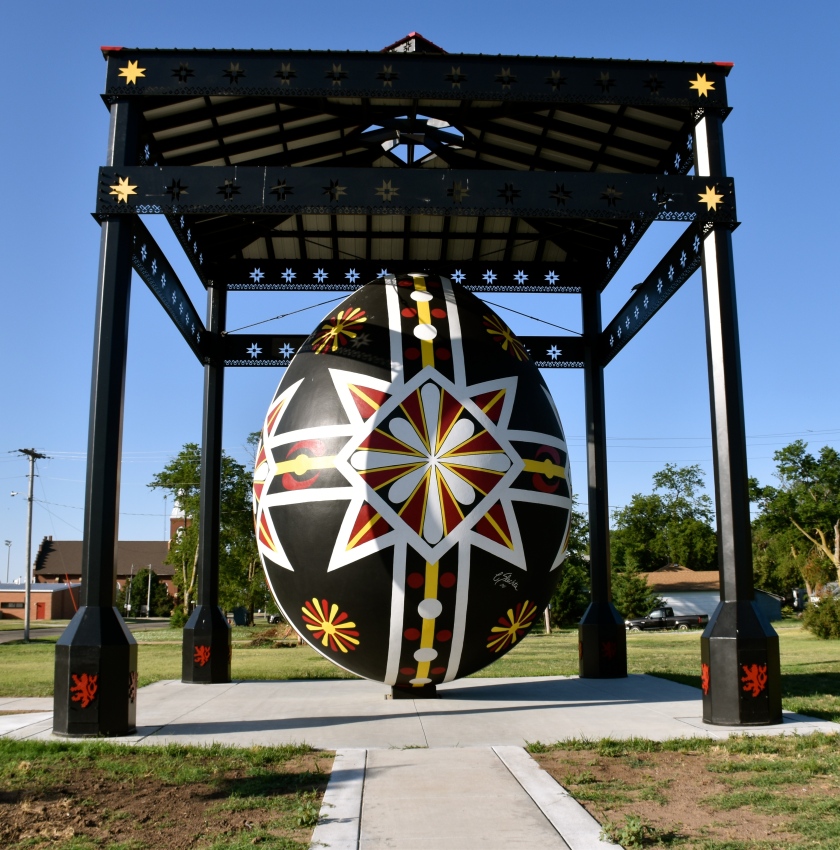