The two museum complexes are detailed and interesting – and give a detailed view of what happened when. After going through the museums, I felt like I had a good understanding of the event – including the fact that the planes were picked up on radar, but when reported by the servicemen who saw them on the screen, were ignored by their commanders. (Has to be a devotional there somewhere.)

At this point, you cannot go on to the memorial itself  because of an oil leak (think I have that right), but you can take a boat ride around the memorial. (The brown structure in front is part of the sunken Arizona. The memorial will be open again in March. 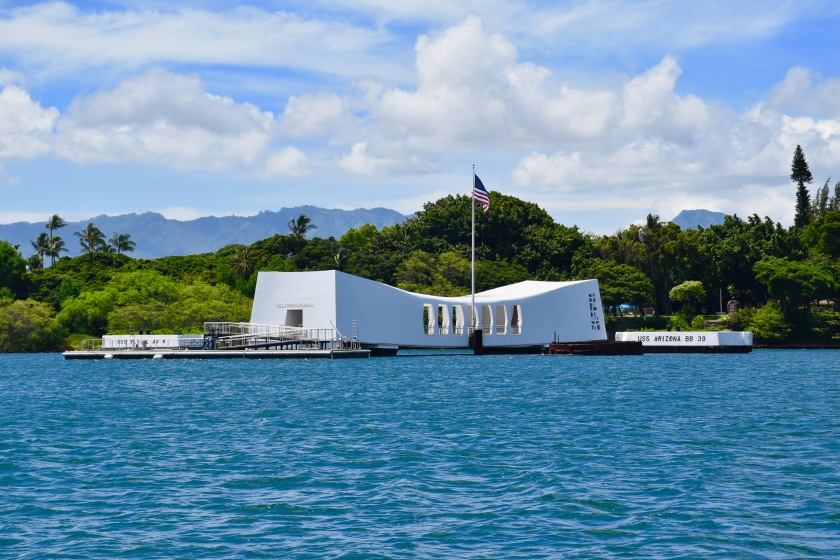